For all the teams playing this weekend in finals good luck, all the games and venues are below

A reminder from the League –
A reminder that we want all games to be played in a fun, welcoming and inclusive environment, after issues in other leagues over the weekend at junior finals, please be aware of our rules in relation to barrackers and supporters.

Any supporters or barrackers who are known to be members of any Club, within the League who, in the opinion of the Central, Boundary or Goal Umpire, Emergency Umpire, Commissioner or AFL Barwon Officer, behave in an offensive manner by spoken remarks, or openly incite players on the field to play in a manner not conducive to the best interests of the game, or are the cause of any disturbance between onlookers, will render the Club to which they belong liable to appear before the Commission or Tribunal who will have the power after dealing with the case to impose a special fine, suspend or expel such Club from the League.

Please take the time to remind coaches and players this week about the spirit in which we want all games conducted. Clubs will be responsible for their own supporters.

The AFL Barwon Commission will not tolerate participants / spectators that do not adhere to the expectations of all involved and reserve the right as per above to take any action seen necessary including the removal of teams from finals. 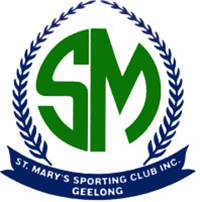