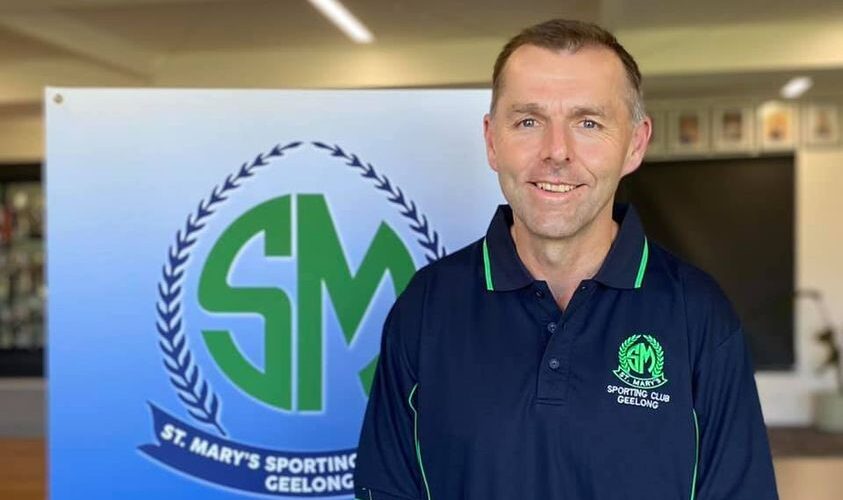 We are pleased to announce the appointment of Ross Gemmill to the role of Senior Female Football Head Coach for season 2022. Ross is a past player, having played over 100 senior games between 2000 – 2006, including a reserves premiership in 2003.

Ross has a wealth of coaching knowledge stemming from years being involved at VFL level as an assistant coach at Port Melbourne, Northern Blues, Werribee, Sandringham and Frankston. Roles at those clubs included Opposition Analysis, Midfield Line Coach and Defending Line Coach. More recently he was recruited to Leopold in 2019 to be the Development Line Coach and coached Anglesea’s first ever reserves men’s team in 2020 & 2021.

Ross has a very keen interest in the development of female footy at grass roots level for both players and coaches alike and we welcome him, his wife Narelle and their two children, Jasmin & Jordi, back to St Mary’s.