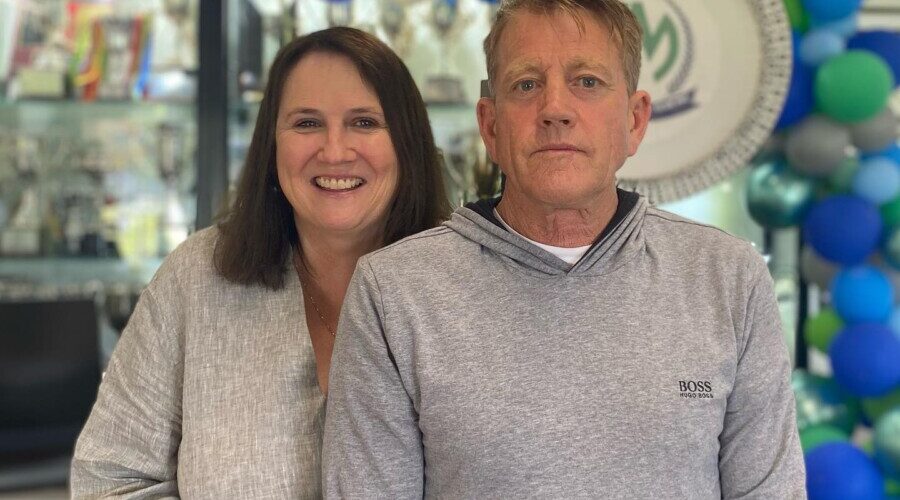 On Sunday 5th December at our club AGM, we announced two new Life Members to our fold, both very recognizable faces around the club.

If you’ve ever paid a membership, received a club email, bought food at the canteen, noticed social media posts, attended an event, bought a raffle ticket, read a newsletter or needed a clearance you can be sure Gab Ling was behind it. Gab has been on the club board for the last 10 years in a range of roles as well as coordinating our canteen with her husband Ron. The hours of service Gab has given and continues to give our club is simply incredible.

Ambrose Ryan came to our club in 1979 from SeaLake and played 92 senior games over 10 years before injury interrupted his playing career. He was named in the 1980s St Mary’s Team of the Decade. He was lured back to the club when his son started Auskick in 2005, always the willing helper around his son’s teams over the years. Ambrose has been the club electrician for the last 15 years, always on call for breakdowns, most of which is done without any charge to the club. He is an animated and avid supporter on the sidelines on all those wintery Saturday afternoons providing much entertainment to our blue and green brigade.

It’s fitting that these two marvellous volunteers are being inducted together, Gab’s twins Harry & Matt and Ambrose’s son Harvey started Auskick together in 2005 and all remain a part of our senior squad today. Thankyou to Gab and Ambrose for your service and kindness to our club.