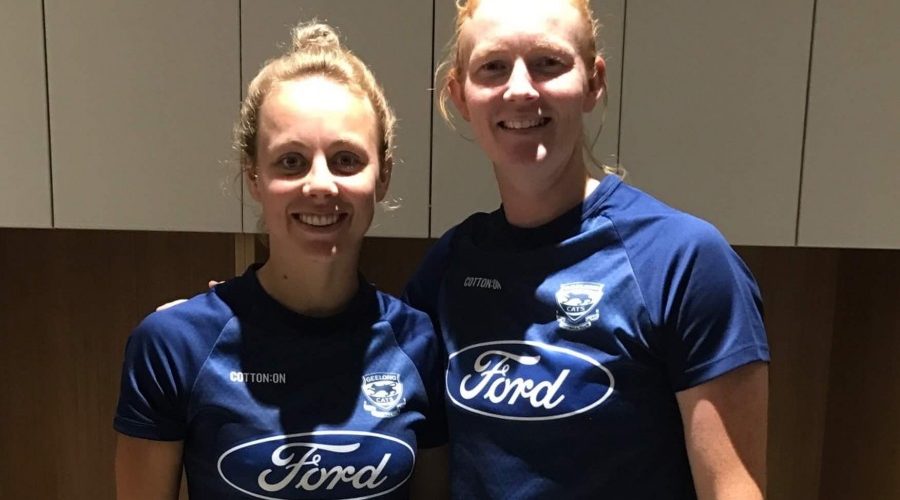 Congratulations to Renee who was recently announced as part of the Cats Leadership group after playing every game last season and finishing fourth in the Best and Fairest.

Congratulations also go to new Club member Bianca Cheevers (right) for her selection in the Geelong VFLW team for 2018.  You can see Bianca Cheevers in our Senior Female team today at 2pm at GWSP oval.

Another long time Club member, Erin Hoare has also been selected in the Cats VFLW team for 2018 after a very successful 2017 season.

All of these young women have made the transition from netball to football with great success and we are excited to watch them develop into potential players for the AFLW when Geelong makes its debut in 2019 in the AFLW competition.

Good luck to both players today… and go Saints!!!