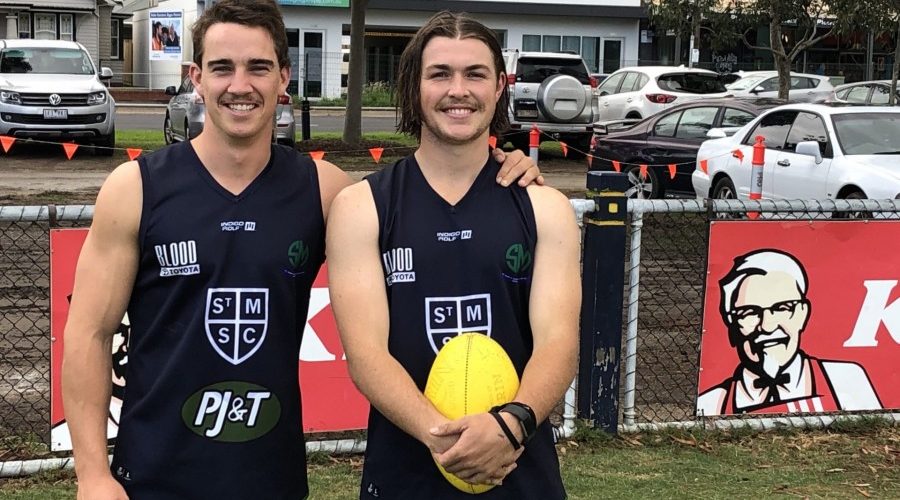 We are very excited to announce that Jack Blood has been appointed as senior men’s captain for the 2020 season along with Harry Benson as vice captain.
Both young men are exceptional leaders on and off the field and are both great examples of our junior football program.

Our Club would like to thank Jake Welsh for his contribution for the past 3 seasons as captain of our senior men’s squad and for the support and guidance he will continue to provide Jack and Harry in their new roles as leaders.

We wish both Jack and Harry and all the rest of the squad all the best for the upcoming season.

In other news our senior group recently had a hit out in Melbourne against the Collingwood VFL. Following this the Leadership Group spent the day with Scott Selwood and Gary Hocking at the Holden Centre and also spent time with Lisa Alexander (Diamonds netball coach) . We thank the Collingwood FC for giving us the opportunity.

Last week the seniors also got the chance to play a practice match against Geelong VFL on GMHBA stadium.

On the 15th February a training day was held – starting early at the club with a fitness session followed by an “amazing race.” Then it was on the bus and down to Oakdene oval for training and finishing with a bit of fun at the beach.

Last night Nigel Lappin (ex Brisbane player & currently part of Cats coaching group) spent time with our senior boys. He was very impressive and spoke to the players about sustained success and what is means to be a leader.

We are looking forward to another successful and enjoyable season in 2020.